Cabo is renowned for its consistently pleasant weather. Still, if you're planning a trip there in December, you can learn more about the Cabo San Lucas events, weather, and activities available in Cabo San Lucas in this post.The arch, upscale all-inclusive resorts, and world-class dining are what make Cabo San Lucas so well-known. San Jose del Cabo is a more relaxed and serene colonial town with a lower population. 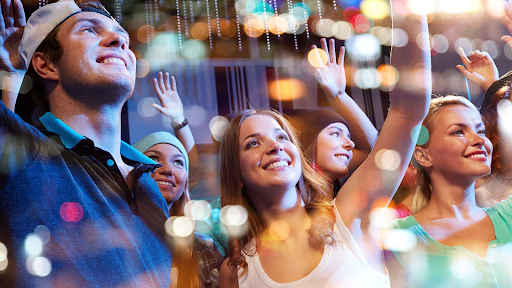 Both cities offer breathtaking beaches and amazing outdoor activities including, hiking, boat cruises, snorkeling, diving, and more! Although Cabo offers practically all of these activities year-round, there are benefits and drawbacks to each month.In this post, we'll get further into the specifics of a vacation to Cabo in December, so let's start with a quick description of the December weather.

The weather at Cabo San Lucas is nice all year round; however, there are minor seasonal variations. The greatest weather is often found in the winter, although other times of the year are equally wonderful for travel. When winter arrives in Cabo, the average temperature "cools down" to a pleasant 68 degrees, with water temperatures averaging 72 to 75 degrees. The warm winter weather makes it possible to spend more time outdoors and take advantage of the sunlight, making December a popular time to go to Cabo. With an average temperature of 72 to 75 degrees Fahrenheit, the ocean water is also fairly comfortable (29 degrees Celsius). Therefore, December Is the perfect month to visit Cabo if you're searching for a warm and sunny getaway with temperate temperatures, good weather, reduced costs, and fewer crowds. 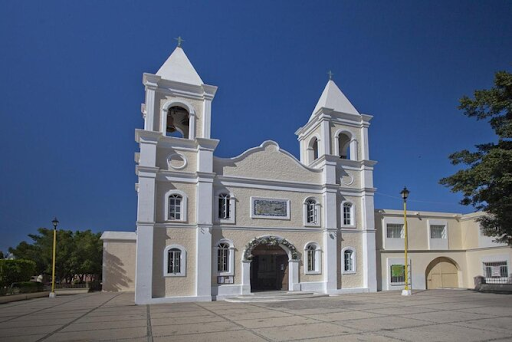 The church, which was first established in 1730 as a mission by Nicolás Tamaral, a Jesuit priest, has moved about a lot and underwent restorations.
Around the middle of the 19th century, the church moved to its present position, but it needed to be restored in the early 20th century after suffering significant storm damage. The greatest site in the neighborhood to attend weekly and holiday services is this functioning church, which is one of Los Cabos' most significant cultural landmarks.   New Year's Eve is the largest party night of the year in almost every North American location, and Cabo San Lucas is no exception. The most sought-after festivities and themed parties occur near Médano Beach, the city's largest beach and the starting point for the year's biggest and greatest fireworks display. These events are staged at local resorts and nightclubs.   Not all of Cabo San Lucas Events’ seasonal activities are as exciting as whale viewing. Strong El Norte winds blow hundreds of miles along the Sea of Cortés each winter, roughly from mid-November to mid-March. This creates ideal wind and kite surfing conditions in several coastal locations of Baja California Sur. 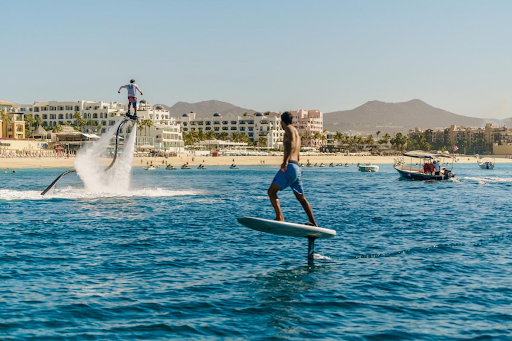 During this yearly windy season, top-level kitesurfers, kiteboarders, and windsurfers flock to nearby beaches to catch big air over nearshore waves, turning little East Cape communities like Los Barriles into meccas. In Los Cabos, there are several seasonal variations. There are seasons for sea turtles, wind sports, whale sharks, and whale viewing. The latter refers to October through April, when visitors from Los Cabos may be transported to La Paz, the state capital, and swim side-by-side with these magnificent fish of the point of the El Mogote peninsula. One of the biggest and most reputable tour companies in Los Cabos is Cabo Adventures, which also provides round-trip transportation and a photographer to capture the wonderful experience. Liquid Blue® is a multi-award-winning cover band for upscale events as well as a worldwide recording and touring group. One of the top dance bands in the world, Liquid Blue has distinguished themselves both live and in the studio. Grammy-winning musicians, a former Elektra Records recording artist, a Billboard hit composer, and a Chinese Idol contestant all appear on The Band & The Blue Girls® Liquid Blue! The thriving and condensed historic art neighborhood of downtown San Jose del Cabo hosts an Art Walk every Thursday night from November through May.   Locals and visitors alike stroll around the 14 galleries, two of which have been featured in the Wall Street Journal, while taking in live music performances, libations, and distinctive artwork from Mexico's Baja and other regions. Just 20 miles northeast of Cabo San Lucas, the art district is also home to a large number of restaurants, making Art Walk a terrific way to spend the evening while visiting the town's historic quarter. 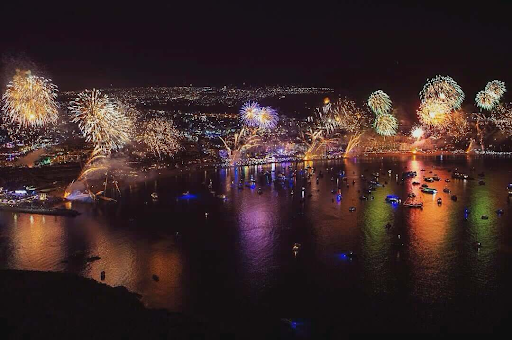 A sizable worldwide audience attends this yearly event. This annual celebration, organized by Cabo Noche magazine, was held at DG Lounge and attracted close to 1,000 guests to ring in 2007. The 2008 event was the largest New Year's Event of its sort to ever take place in Cabo San Lucas, Mexico, drawing slightly over 3,000 people to Passion Club and Nikki Beach. Due to the previous year's overcrowding, only 1,200 people were allowed to attend the event in 2009.

Things To Do In Cabo San Lucas

These events in 2022 will not only offer you something to look forward to, but they will also put you near some of the top Cabo San Lucas activities.  Everyone may enjoy the Cabo San Lucas events described above.So, are you looking forward to the events?Check out a variety of available beachfront villas and rental homes for a luxurious and secure vacation. Plan your Cabo San Lucas vacation around these dates to make the most of this beautiful resort city!However, although learning about the reformed event planning in Los Cabos is thrilling, bear in mind the safeguards to guarantee a safe vacation.