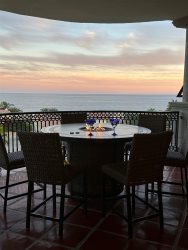 IS IT SAFE TO TRAVEL TO LOS CABOS?

LOS CABOS TOURISM
Tourism in Los Cabos continues to grow. There has been a 20% increase in air passengers during the first 6 months of 2017. People wouldn’t be continuing to plan vacations in Los Cabos if it wasn’t safe. Cabo resorts and golf courses continue to win prestigious tourism and travel awards. Large scale events such as the Open of Surf and Los Cabos ATP 250 Tennis Open continue to be as successful as in years past. New direct flights are becoming available from several U.S. cities, including San Diego and Los Angeles. In addition, construction on a second international airport has begun in Cabo San Lucas.Our crystal blue waters and the amazing Los Cabos Activities and adventures still await for tourists from around the globe.

SAFETY CONCERN FACTS
Here are some facts you may not have heard: While recent incidents are unfortunate and should not be dismissed, they are isolated and do not reflect the general safety of the destination. Here are some of the facts you may have heard from the media: STAYING SAFE IN MEXICO
While there’s no denying there’s crime in Los Cabos and tourists need to take care, you could say this about any other tourist destination as well. Just like with anywhere that you travel, there are precautions you can take to keep you and your group safe in Cabo. In addition, you should:
LOS CABOS LUXURY VILLAS
If you’re coming to the Baja region and staying in one of our luxury villas in Los Cabos, you can rest assured you’ll be safe. In addition to the fact that our homes are in high-end, gated communities, we offer services to make your stay not only more comfortable but also safer. Our private transportation can help you avoid walking around at night and avoid getting lost. Our destination specialist and Cabo concierge services will ensure you have everything you need for a safe and enjoyable stay in Los Cabos. To book your stay in one of our Los Cabos homes today, give us a call at 1-888-655-9589.