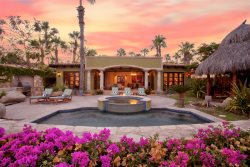 Buckle up! All the aspirants out there.
The dream of spending a perfect vacation at a holiday home around Los Cabos hasn’t been ruptured.
Yes, you heard it right!
Los Cabos has induced all-new plans after the Covid-19 pandemic phase while following several proactive approaches to ensure tremendous safety for the visitors and the locals.

So, let me precede you through the upcoming annual festivals and events at Los Cabos:

Excited about the events in Los Cabos?
Why not!
Seek a range of available beachfront villas and rental homes for a luxurious and safe experience.
However, though its an excitement to know about the restructures event planning in Los Cabos, yet keep in mind about the precautions to ensure a safe trip.